This workshop is designed for anyone with responsibility for or interest in the security and preparedness of a school, religious facility, healthcare facility, retail store, public event venue, lodging property, office, or other public venues.

Frequently, the news media and press are reporting on acts of violence in a public or work venue that resulted in or could have resulted in multiple casualties. The attacks were typically carried out by terrorists, violent extremists, or other violent-actors.

Weapons used have included firearms, knives and other bladed weapons, explosives, vehicles, and more. There is no evidence that the incidence of these attacks will decline soon. There are growing concerns that terrorists may consider using weapons of mass destruction (WMD) including chemical agents, biological agents, and toxins, high yield explosives, or explosives laced with radioactive materials (CBRNe). 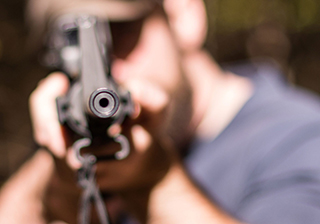 This awareness level workshop explores the mindsets and motivations of terrorists, violent extremists, and other violent actors. Discussions will cover the behaviors of violent actors during and preceding an tack.  Understanding motivations and past tactics may help you to detect concerning behavior and suspicious activity telegraphing an impending an attack. It also discusses immediate response strategies related to active violence attacks. These attacks can involve firearms (active shooter), knives and other bladed weapons, blunt objects, explosives such as IEDs, vehicles, and others.

Topics covered in this workshop include:

Anyone with responsibility for or interest in the security and preparedness of a school, religious facility, healthcare facility, retail store, public event venue, lodging property, office, or other public venues

This workshop will be conducted by one or more subject matter expert instructors in a classroom setting. The course includes case studies, small group activities, a short “red cell” activity, and other classroom discussions intended to facilitate a relaxed and interactive learning environment.

The Day of the Workshop

Breaks and Lunch: Break refreshments will be provided. Lunch is “on your own" with approximately 1 hour set aside for this.

Dress: Dress for participants should be relaxed and casual.

Handout Materials: Necessary handout materials will be provided at the class.

Payment is usually provided by credit card or "Pay Pal." All participants must be pre-registered.

If payment is going to be made through a Purchase Order, please email us at training@c2t2.com for specific information.

Classes are capped to facilitate an interactive setting within a comfortable venue space. Minimum class enrollment must be reached by the designated cut-off date. If the minimum enrollment threshold is not achieved by the specified time (usually two weeks before the class date) enrollees may transfer their registration to another delivery date/location if desired, or a full refund of payments received will be made.

Unfortunately, refunds cannot be made for cancellations later than the stated cutoff date or for “no-shows.”